As an Advocate, Buddha Collector, Spiritual Seeker,  Author, Being, and Human how could I not stand up in support of #theloveeffect film ?

Living with mental illness, suicide and the dark are the all too familiar and unwelcome visitors, close companions.

Experiencing the personal devastating loss of someone precious, brilliant and beautiful to suicide is unbearable, impossible to comprehend. And, yet somehow we manage to go on.

Not without help, none of us can do life alone.

I use my voice. Everyday. Every single day I make a promise to write the hard unspeakable truths, insurmountable pains and blinding bliss. To choose hope, not fear.

To always seek out the light.

I support #theloveeffect because the film shares the uncomfortable truths, the ones that matter today.

Every life matters. Suicide and depression are real, they aren’t going away.

The time to #StartTheConversation is right now without shame, only courage and joy.

The sea, sun, and the elements make soothing, stunning backdrops in #theloveeffect trailer. 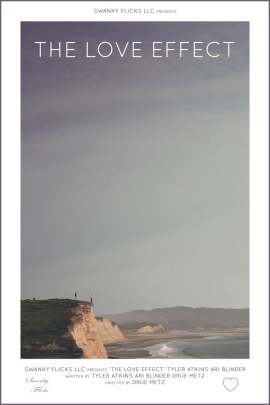 “SUICIDE AWARENESS – A CALL TO ACTION

• There is one death by suicide in the world every 40 seconds.

• Depression is the leading cause of disability worldwide.

Why aren’t we discussing this? As filmmakers, we have an opportunity to be fearless, vulnerable and open by sharing a story that’s both universal, dramatic and ever so poignant.

A film dealing with suicide and pain is never easy. Especially when it hits so close to home for so many of us. With the support of many celebrities, organization groups and people around the world, we have decided to take this head on – connecting our own struggles and pain with suicide, loss and depression to make a film that poetically expresses the importance of LOVE and its EFFECT. Short films are a difficult thing to create, however with suicide being such a relevant topic, we feel this story is a voice that needs to be heard.”

I am nothing if not my word.